Instagram Is Currently Developing a TikTok-Style Vertical Feed for Stories

It is worth mentioning that TikTok has a significant impact on the broader social media landscape. Previously, we’ve seen some social media platforms looking to add TikTok-style feeds of short video clips into their offerings, as they try to tap into the rising popularity of the app, and now, Instagram has confirmed that it’s internally testing another TikTok copycat functionality, this time within Instagram Stories. 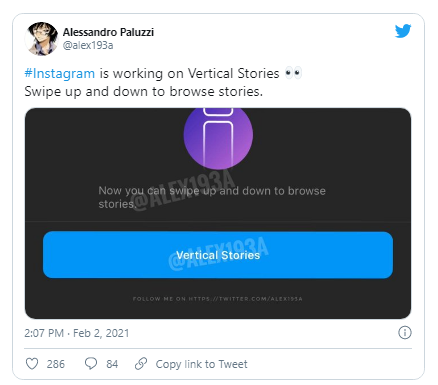 As you can see in the above tweet from app research Alessandro Paluzzi, Instagram is already working on a new vertical Stories feed, which would mean that you swipe up or down to view newer/older Stories.

Which is nearly the same UI as TikTok – also with more and more users become accustomed to the TikTok feed, that probably makes sense. However, the influence of TikTok on social product development is astonishing to consider.

Talking more about Instagram’s vertical Stories feed, Stories in itself is really popular, right? Instagram Stories is still being used by some 500 million people every day, do they really need to switch onto the latest trend when usage levels are already so influential?

Additionally, the main focus here is growth momentum – according to estimates, TikTok is on track to reach 1.2 billion users in 2021, up from 500 million in 2018. Also that 500 million was predominantly users of Douyin, the Chinese version of the app, on the other side, TikTok also lost 200 million users last year when India shut it down because of geopolitical disputes.

Given this, TikTok’s growth trajectory, despite some setbacks, is actually amazing, which is why so many other social media platforms are actually trying to latch onto the same usage trends besides keeping users from migrating away.

On the other hand, research also suggests that TikTok users are spending more time in the app than they are on Facebook, Instagram, and Messenger at the moment, not to mention other competing apps. 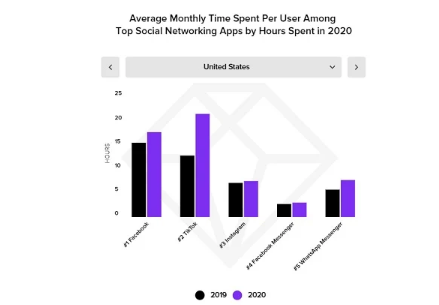 If you break it down, it’s obvious why they’re all clamoring to incorporate similar features. If that’s what people want – which, clearly, based on these stats, they actually do – it makes sense for the social media platforms to at least try similar updates and changes.

This is what happening here as we see, – Instagram has confirmed to TechCrunch that the vertical Stories feed is currently an internal prototype, which is not being publicly tested as yet.

We’ll keep you updated regarding anything related to the vertical Stories feed.